*In 1990 Garcia introduced the 3rd Doug Irwin guitar “Rosebud”, named for the inlaid dancing skeleton on the ebony cover plate. It is almost a twin of Tiger, but two pounds lighter at 11 1/2 pounds. (While the shape is identical to Tigers, the body inlay, tone and volume control positions are different.) Though he continued to use Tiger with Garcia Band for about a year, Rosebud became Jerry’s full time guitar.

Specifications: Under Rosebud is a cavity that houses a gutted out Roland GK-2 guitar synthesizer interface. The carved cocobola top and back are divided by a flamed maple core that has been hollowed out to reduce weight. The maple neck has a vermilion stripe and a 24-fret ebony fingerboard. As with the Wolf and Tiger, the electronics layout and pickups are basically like those of a Strat one volume control, two tone knobs, and a five-way selector switch. Rosebud features three DiMarzio Super II split coil humbuckers. Except for the Schaller bridge, tuners and brass knobs all the hardware is hand-fabricated of brass by Irwin, including the tailpiece, the switchplate, the pickup plate assembly and the jack mounting plates. The GK-2 mates with a GR-50 synthesizer rack mount unit. This is controlled by interacting pieces. Midi volume and synth patch increment/decrement changes (which are the red mini-momentary action switches on the guitar) were generated conveniently by the GK-2 controller electronics. One of the switches were for ‘remote’ incrementing of the synth(s) patch numbers, the other for decrementing to a different patch. It was possible for Jer to switch between guitar or synth(s) by themselves by use of the volume pots on the guitar or have both at the same time.

The GR-50 synth unit was coupled via Midi interface cabling to a Lake Butler Midigator foot-controller. The LB Midigator was used primarily to switch to a patch that was not ‘adjacent’ to the last patch used. For example, going from patch 9 to patch 33 could not be accomplished by using the GK-2 inc/dec switches in one move, so a foot controller was used for that. The Lake Butler Midigator could be set up to be labeled by song title or ‘space1’ , where under that label up to 5 different patch changes could be stored and accessed easily.

For example, a MIDI patch of Bambu Tremolo on the Korg M1R, with an oboe, a flute, a flungelhorn could be stored under the title of Space1.

The MIDI thru port of the GR-50 was cabled to the MIDI in of the Korg M1R. You hear many of the MIDI patches Garcia used on Without a Net and Built to Last. It is located at the bottom of the rack if you look at the guitar picture on the right side of the page.

If Jer hit the patch increment button on the GK-2, the patch would be incremented on both the GR50 and Korg M1R at the same time if he used both units on the same MIDI channel (MIDI can support up to 16 channels). He worked with a library of about 500 sounds.

All three of Irwin’s guitars share Garcia’s effect-loop design, which is basically a stereo jack that sends the signal out through the effects and back before it hits the volume and tone controls.

*Correction: Originally named “The Saint”, Jerry Garcia first played the guitar on New Years Eve of 1989 at the Oakland Colosseum in California and then was used as his main stage guitar until 1993. 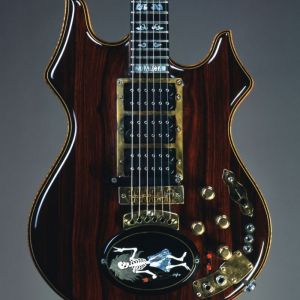 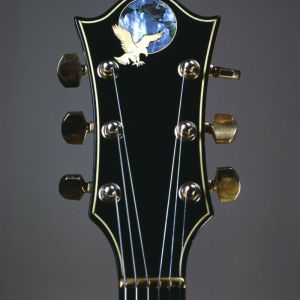 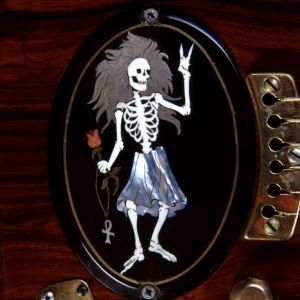 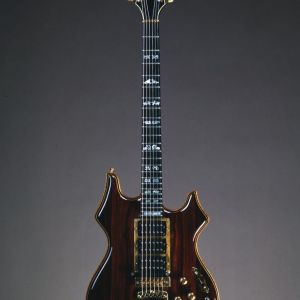 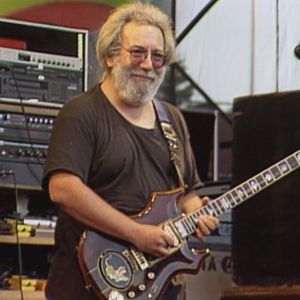 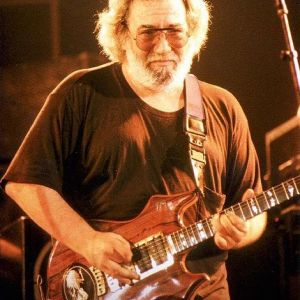 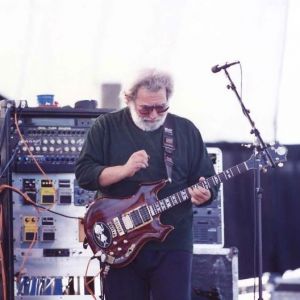 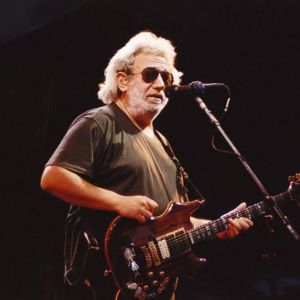 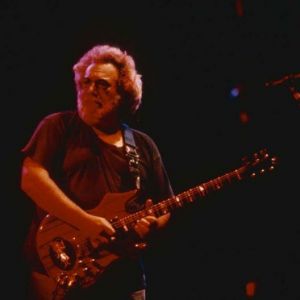 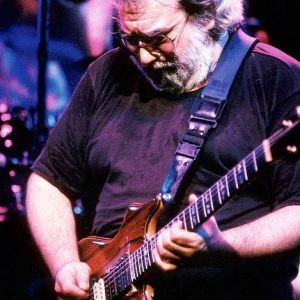 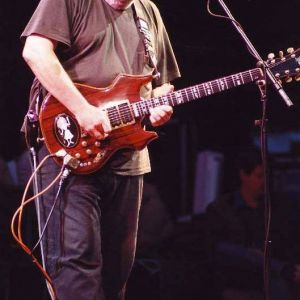 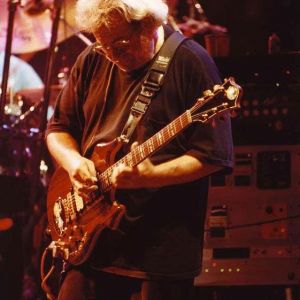 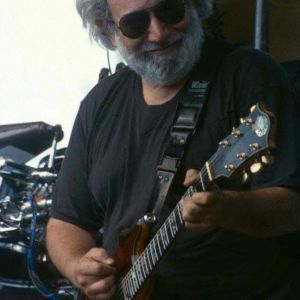 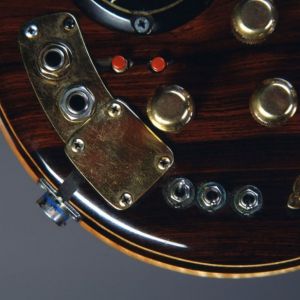