A Jerry Garcia electric guitar custom-made for him by Doug Irwin, 1971
The body made of curly maple (and other exotic woods) with a purple heart center and stained sides; two black plastic pick-ups noting “Hi-A;” between the pick-ups, there is a slot that Ram Rod routed out to insert an additional pick up that was never installed. Garcia’s slide from the late 1960s is inside the electronics compartment to add weight, per Garcia’s instructions, along with a few of Ram Rod’s son, Rudson’s, fishing weights. (When the guitar is picked up, these weights can still be heard, moving around inside); the fretboard made of ebony with ten iridescent mother-of-pearl inlays depicting Sanskrit symbols; the headstock with an iridescent mother-of-pearl inlay depicting an eagle in flight; small brass placard on back of headstock reads “D. Irwin 025;” back body panel has three inlays (two silver symbols plus the Alembic Studios logo) as well as the serial number which reads “GD [Grateful Dead] 025;” original strings from the last time Garcia played it (even the High E string that he broke) are still attached. In fact, Garcia was the last person to ever play this guitar, circa 1973. This was the first guitar completed by Doug Irwin, who states that the “GD025” serial number is indeed his first complete guitar. Included is the guitar’s original case with a circular sticker on it reading “Manor Downs.”
Length: 40in

Footnotes
This is the first guitar that San Francisco guitar maker, Doug Irwin, made for Jerry Garcia, and it began the start of their relationship that would last the next twenty-plus years. Around 1970, Garcia walked into a shop where Irwin was working, building guitars, was immediately attracted to the quality of his work, and bought this guitar on the spot. Simply known as “The Eagle” because of Irwin’s eagle logo inlayed on the headstock, this instrument became the inspiration for all subsequent guitars that Irwin made for Garcia, including the famous “Wolf” and “Tiger” ones. The Eagle’s inlays on the fingerboard are a Buddhist prayer, written in Sanskrit. According to Irwin, to lay eyes upon or speak this prayer will bring good fortune and happiness to those who view or speak it. Although this was Iwrin’s first complete guitar (and Garcia’s first custom-made guitar), the serial numbers did not start with #1, but rather with “GD025” for “Grateful Dead.” Garcia played this guitar for about two years and then gifted it to Ram Rod in 1973.

Included are three letters of authenticity relating to this guitar. The first is from Carolyn Adams Garcia (aka Mountain Girl, Garcia’s second wife and mother to two of his daughters); dated “December 2, 2005,” and addressed to Ram Rod and Rudson, it reads in part “I remember when Jerry got the first Doug Irwin guitar / (which he later) gave to Ram Rod Shurtliff as a gift, sometime after the / next Irwin guitar was delivered…Jerry played this first / Irwin guitar for many months, probably in 1971 or 72. / Much love to you all, / Carolyn Garcia.” The second one is from Ram Rod Shurtliff; dated “4/29/06,” it reads in part “…this guitar was given by / Jerry Garcia to Ram Rod and has / remained in his personal collection / ever since then. / Lawrence (Ram Rod) Shurtliff.” The third one is also from Ram Rod and outlines specific information about the guitar.

• Most photographs taken by J.Johnson courtesy of Jason Scheuner 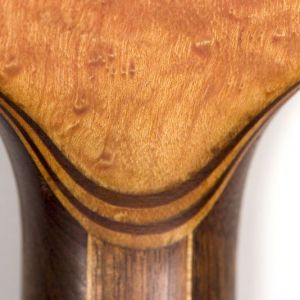 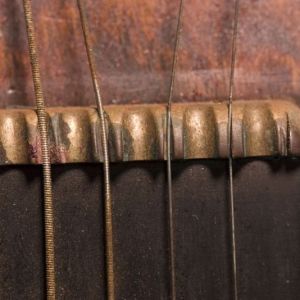 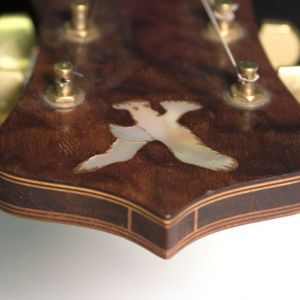 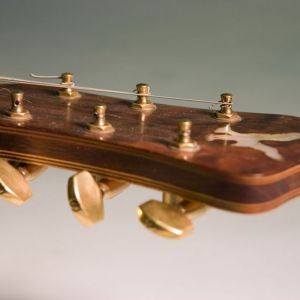 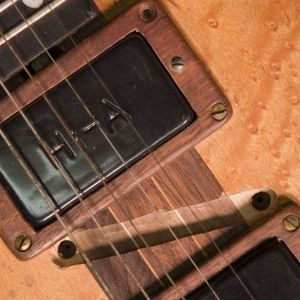 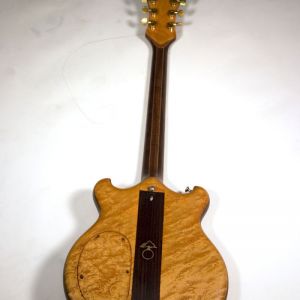 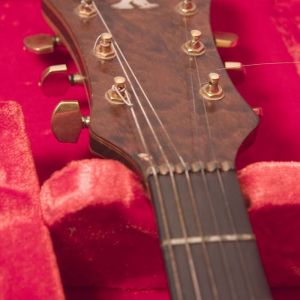 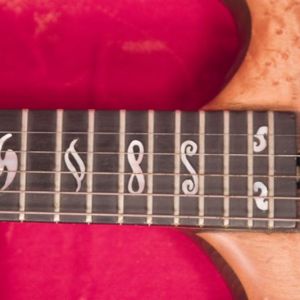 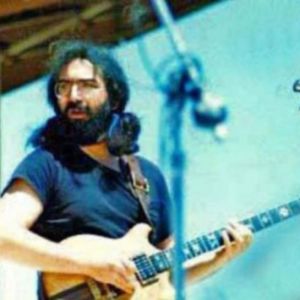 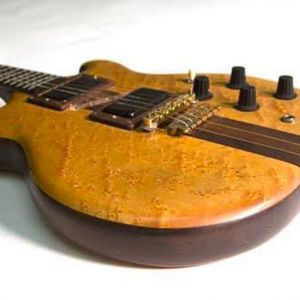 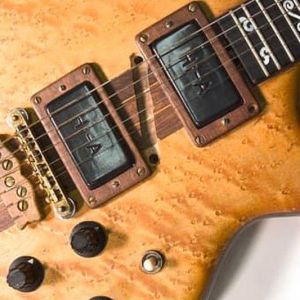 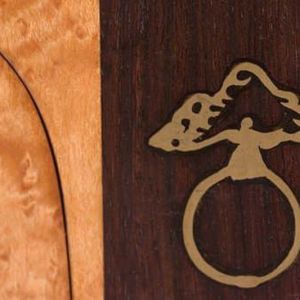